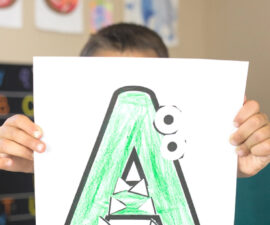 Do you do letter of the week activities with your preschoolers? For those of you who may be unfamiliar with Letter of the Week, it is a practice which devotes an entire week to learning about one letter- the way it looks, how it sounds, words that begin with that letter, etc. We are starting a letter of the week series that will include a weekly printable craft for each uppercase letter of the alphabet. The printable crafts are aimed for preschool and kindergarten students and can be done at home or in the classroom. Would you like to join in on the series? Let’s kick it off with the Animal Alphabet A is for Alligator Craft!

Supplies for the Animal Alphabet A is for Alligator Craft

Getting the Animal Alphabet A is for Alligator Craft Ready

Choose whether you’d like your students to have the tracing version of the craft (includes dotted letters to trace “A a is for Alligator” at the bottom of the page), or the non-tracing version. Print out enough letters for each student. Also be sure to print off enough copies of the craft pieces for each student (plus a couple extras for mistakes).

Doing the Animal Alphabet A is for Alligator Craft

I told my kids we were going to be doing an “A is for Alligator” craft. We talked about what color alligators are and they chose which shade of green they wanted to color their letter (the letter A forms the alligator’s head).

I chose to print out the sheets that included the tracing option at the bottom of the page. Since these crafts are meant to be fun, my kids also got to use fun colored pencils to trace their sentence with (instead of regular lead pencils).

After they finished coloring and tracing, I passed out the paper with the craft pieces on it. Using child-safe scissors, my kids carefully cut each piece out of the sheet.

Note: If your students are just beginning to learn how to use scissors, you might want to cut the pieces into strips to make cutting easier.

Next, it was time to glue the craft pieces onto their letters to form alligators! If you are having your students use white glue, remind them that “just a dab of glue will do!”

Some students may want an example to see where each piece is supposed to go (there is a sample of what each finished craft will look like in the printable pack). Other students might like flexing their creative side and making Picasso-esque crafts. We think each option is perfectly acceptable!

If you’re planning on following along with our whole Letter of the Week series, save each of the completed pages and bind them to make your child’s first alphabet book!

You can purchase all animal alphabet crafts in a single download!

Download Your Animal Alphabet A is for Alligator Craft Below! 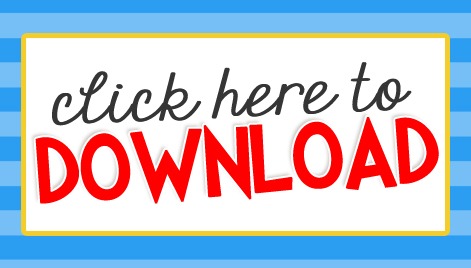 I hope that you and your students enjoy the Animal Alphabet A is for Alligator Craft to use in your classroom this year! 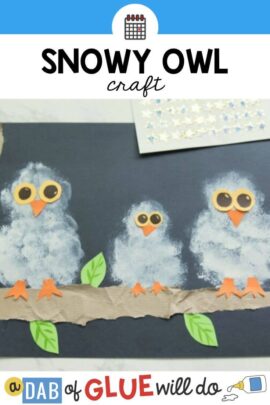 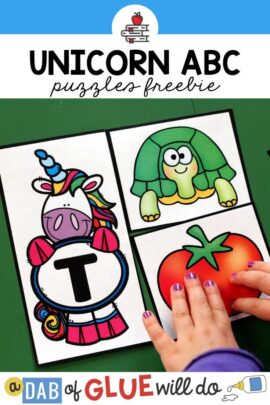 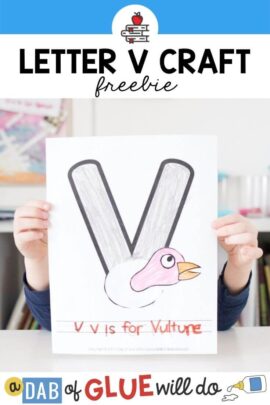