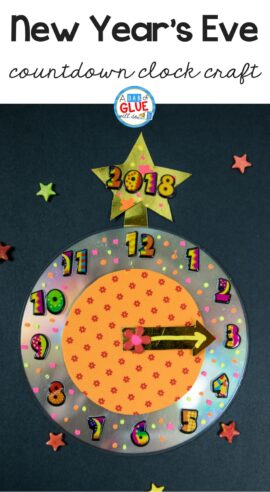 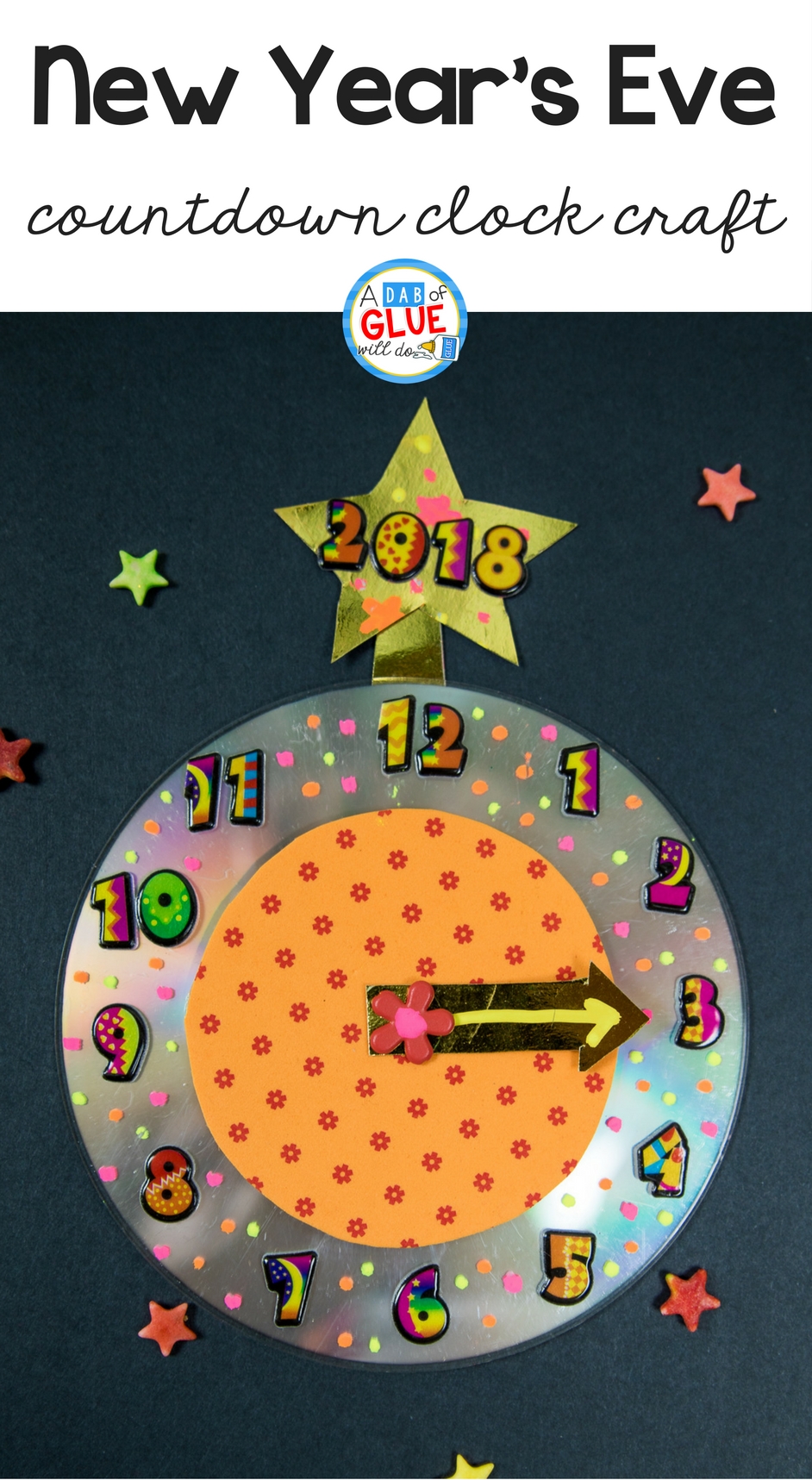 These countdown clocks are made by recycling Old CDs and have movable hands so kids can move them at each hour. (And they can even be used later on for practice telling time.) 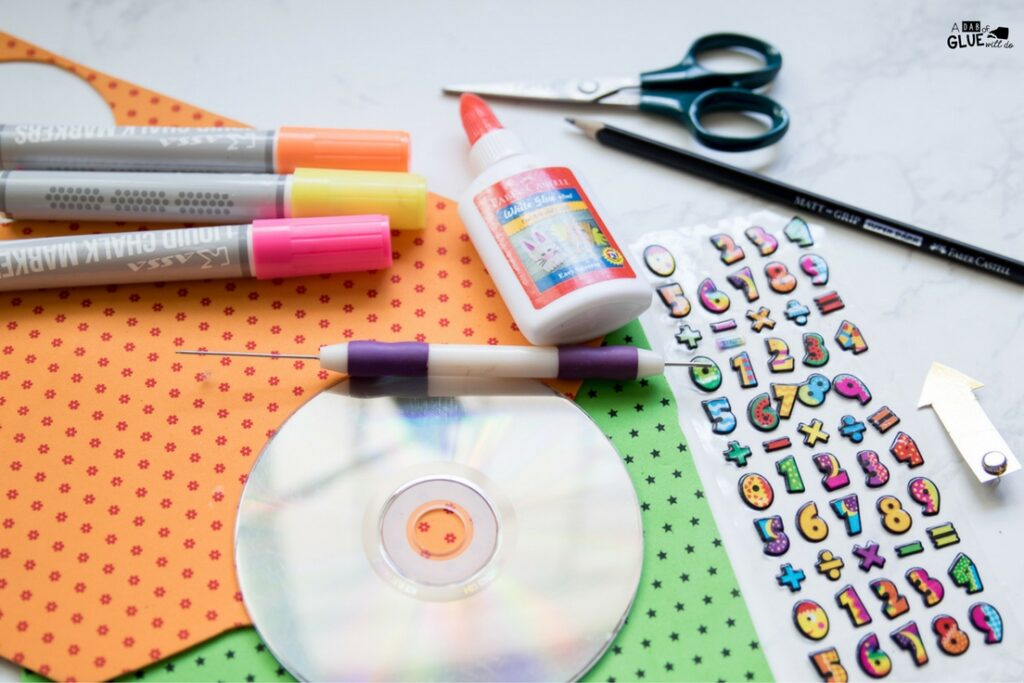 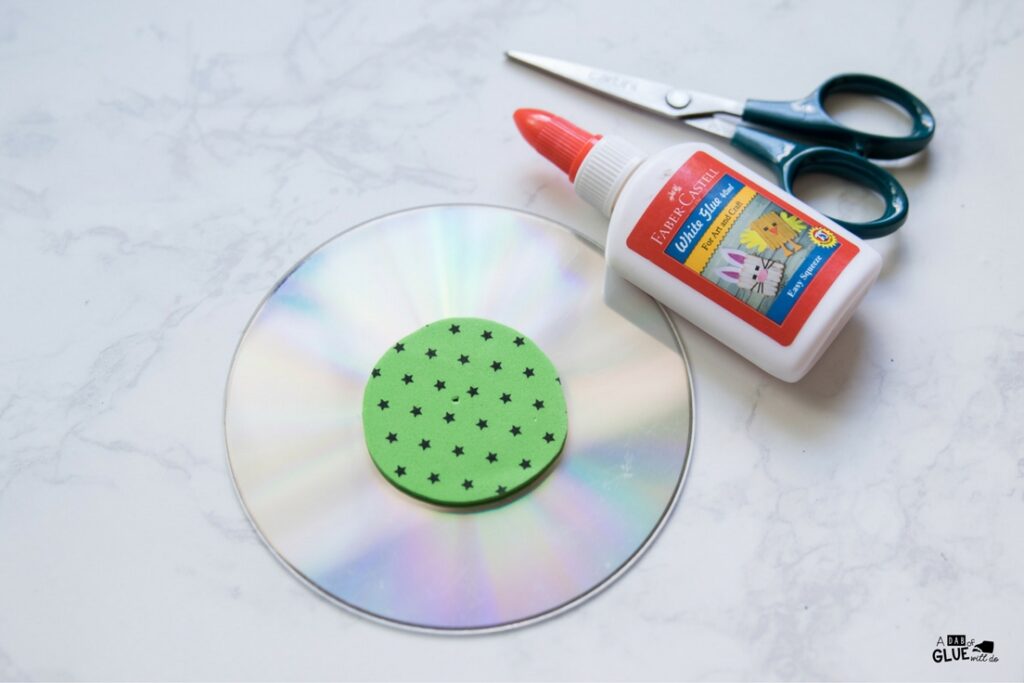 Turn the CD into a clock by sticking number stickers around the CD like a real clock. You could make a second countdown clock that counts down from 10, so just before the midnight strikes 12, go 10, 9, 8 7 .. till it’s Happy New year! Else, do what we did. Countdown each hour leading up to midnight. 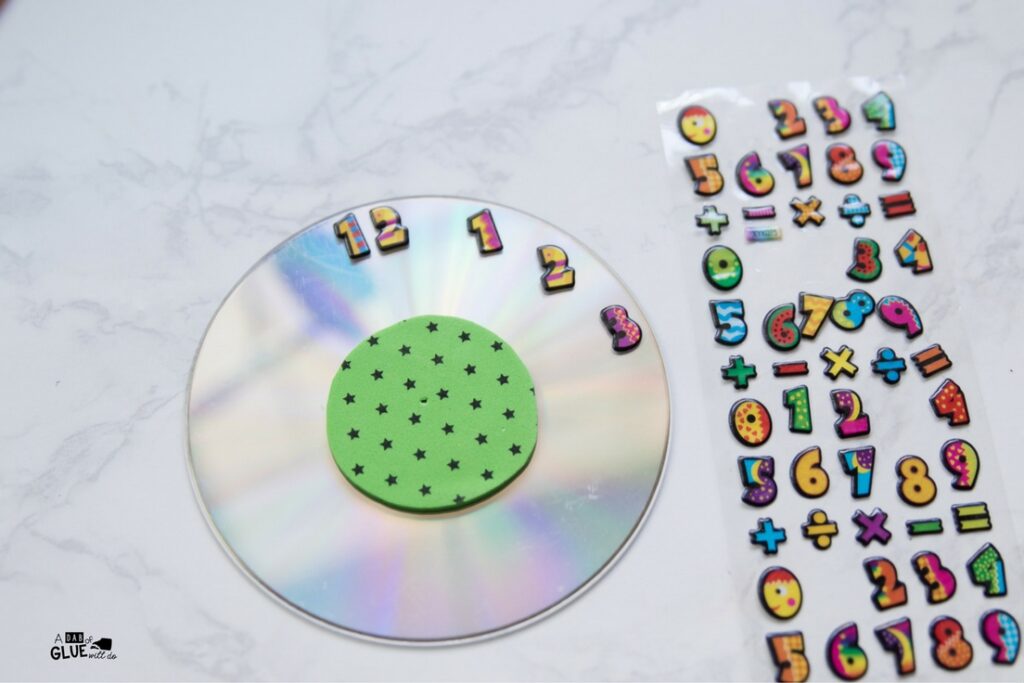 The next step is to add the hands of the clock. You could add just the hour hands or both the hour & minute hand for the kids to have fun updating the clock every 5 minutes. To make the hands move, use a brad to pierce a hole through the 2 hands & the foam. secure at the other end by bending the edges of the brad. We just cut out the clock hand from a gold cardstock. 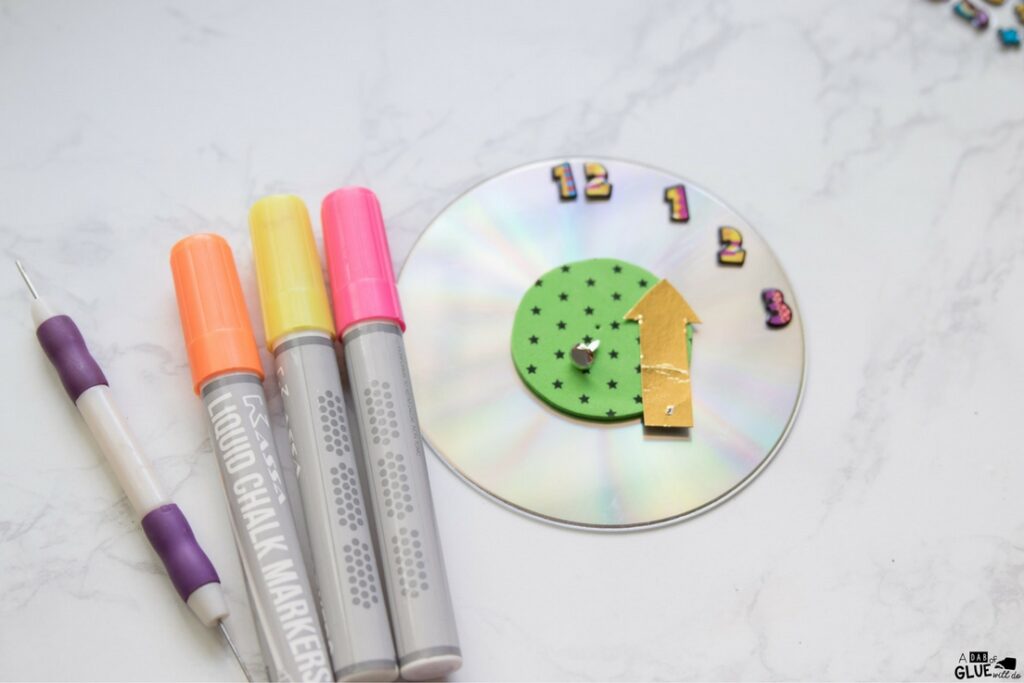 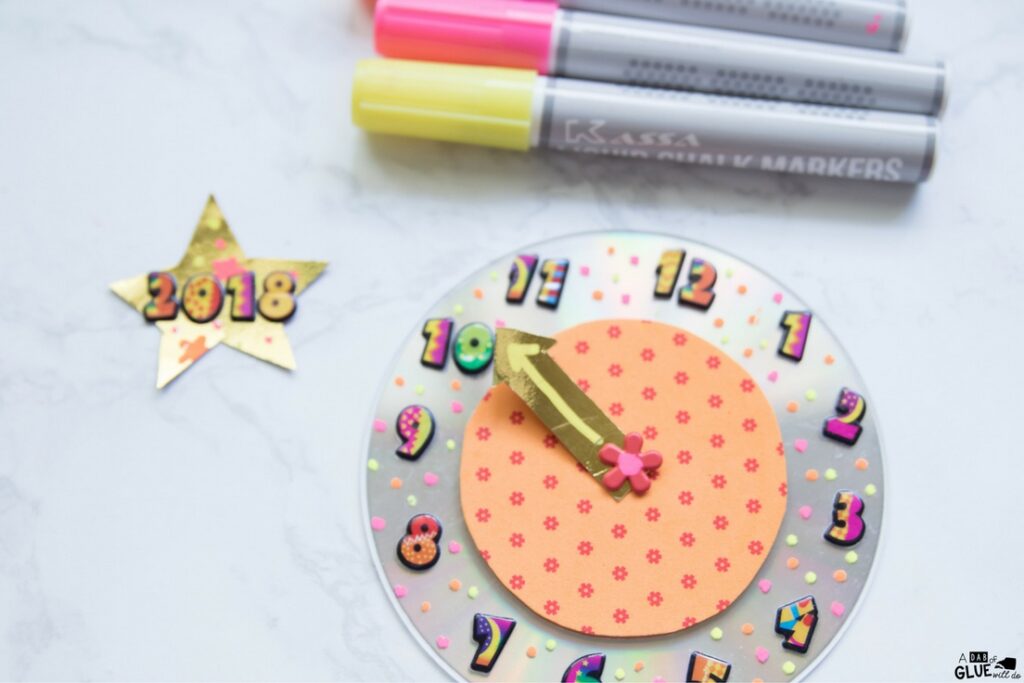 These New Year Countdown CD Craft are so cute. Just get your New Year’s Eve activities and some lunch bags, and have your kids open each surprise bag as each hour passes.

Whether you stay up until midnight to ring in the new year or bail for bedtime and celebrate a few hours early, you can still host a memorable party for your kids.  Make the last night of the year one they’ll never forget. 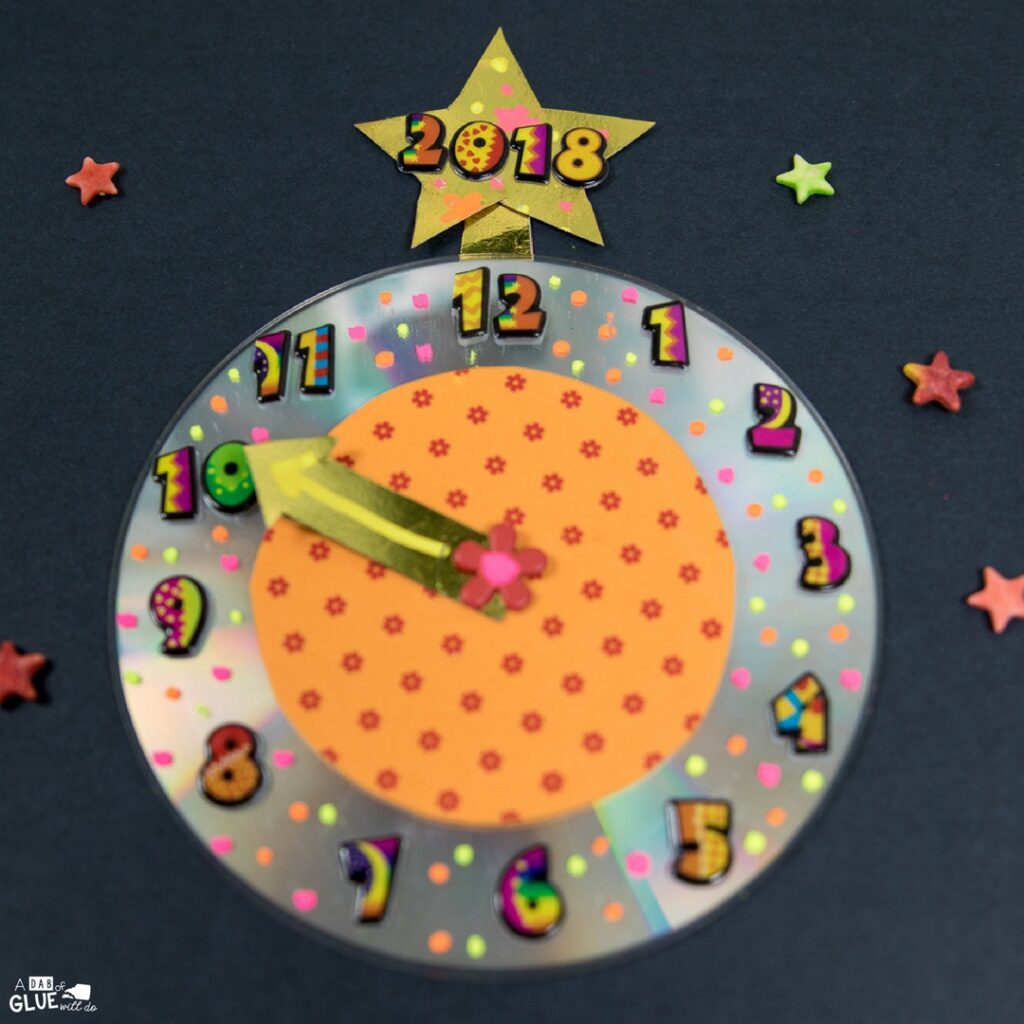 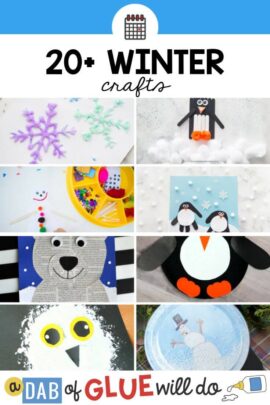 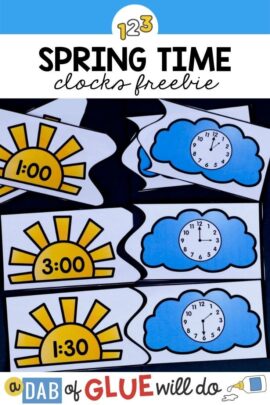 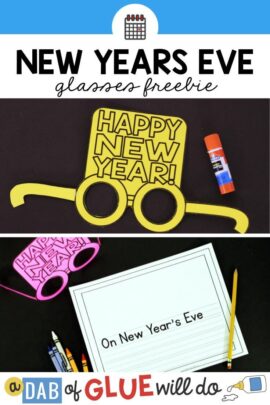