I had a bunch of pumpkins left over from an activity we did last week, so I wanted to find a way to use some of them with my oldest. She has been having a blast coloring them with markers, but I can only handle so much of that. I decided to create a fun DIY Jack-O-Lantern Memory to get her in the Halloween spirit. Are you looking for more Halloween ideas, activities, and printables to do at home or in the classroom? If so click here.

What You Need for DIY Jack-O-Lantern Memory

First, you will want to make little pumpkins on the orange construction paper. I used die-cuts at my kids’ school. If you have access to a die-cut machine, that would be easiest. If not, click here and look at options of pumpkin templates that you could easily print out and trace onto the orange paper. 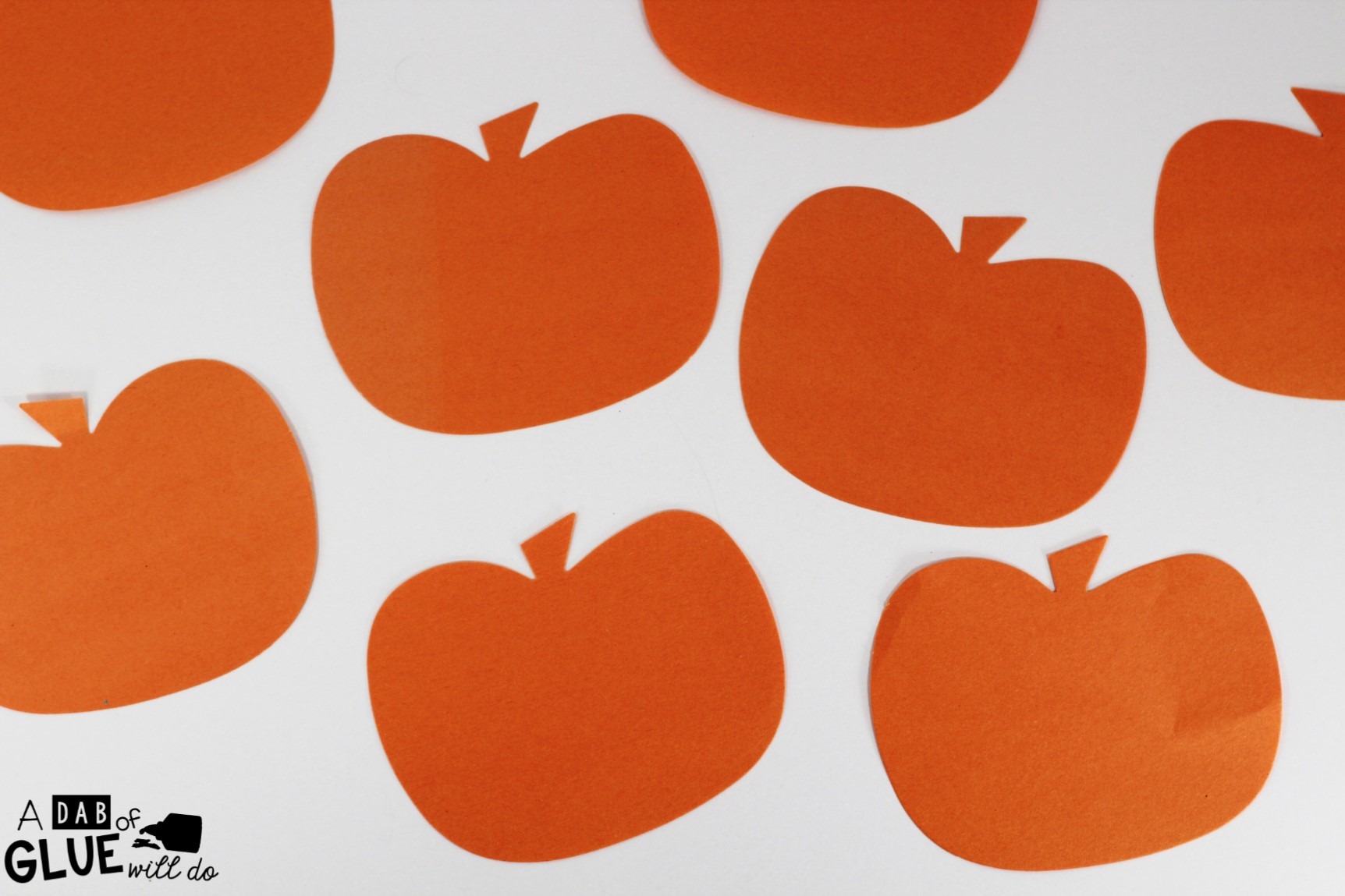 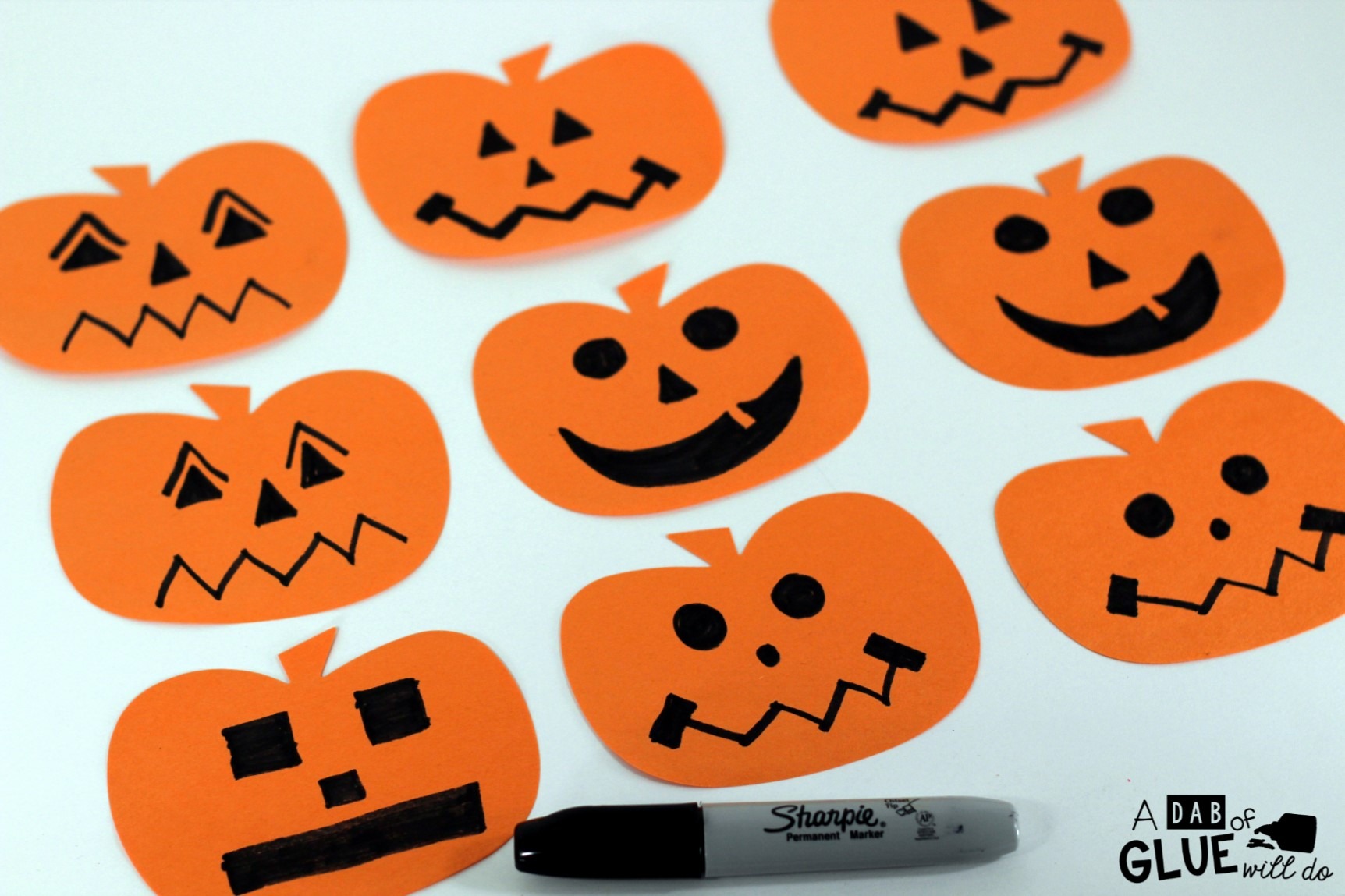 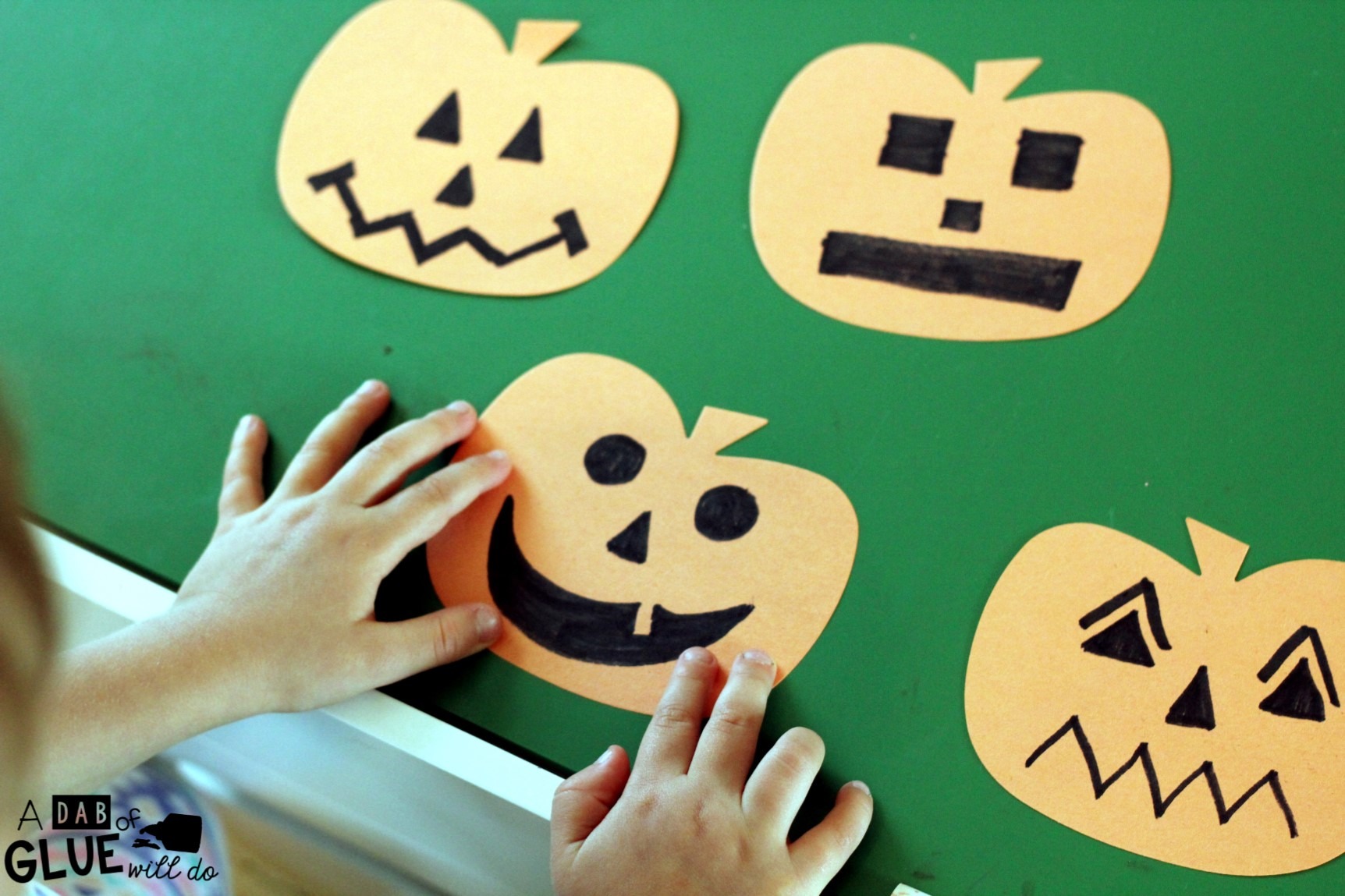 I felt that memory might be a difficult concept to grasp and did not want to set Molly up for frustration and possible failure so we started small. When I first introduced the concept of memory to her, we had two pairs of jack-o-lanterns. We talked about how she is looking for the matching pumpkin. We walked through it together the first time and then the second time, she was able to complete it on her own. Once she mastered four jack-o-lanterns, we moved on to six and so on until we had all of the jack-o-lanterns out at once. 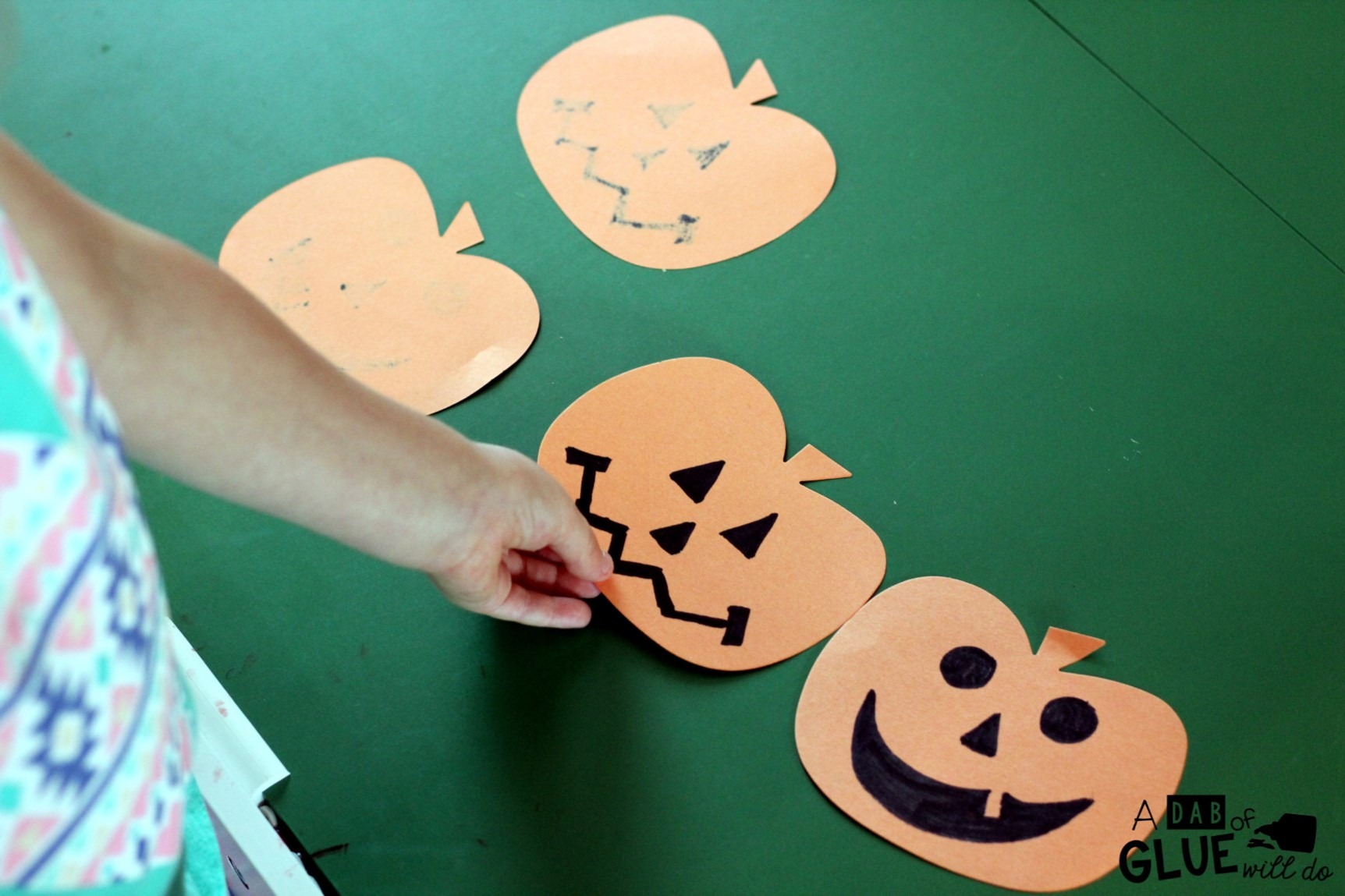 As she found the jack-o-lantern matching pairs, she placed them on top of one another and set them aside. 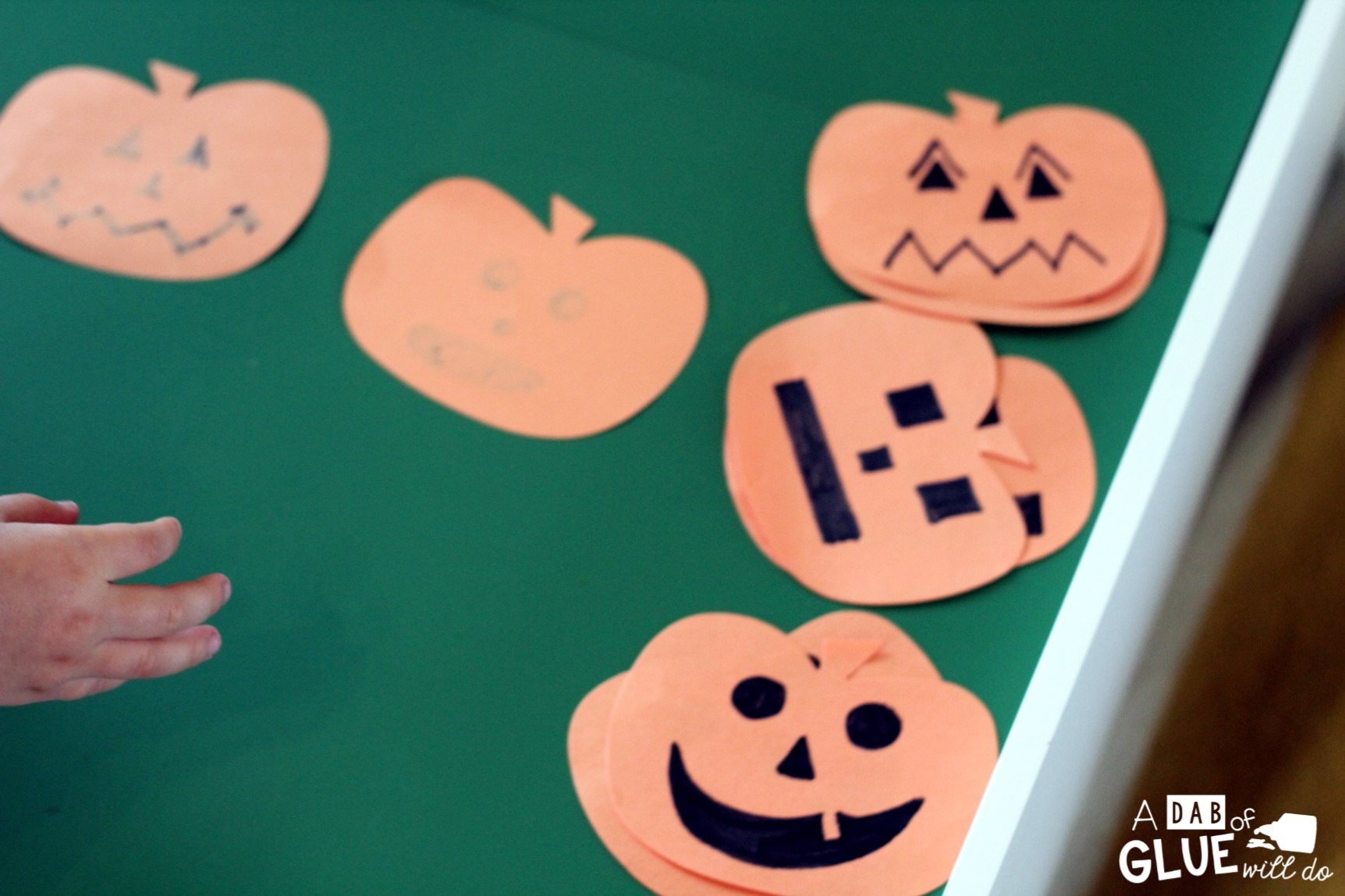 I hope that you and your students enjoy DIY Jack-O-Lantern Memory activity!

I'm Jennifer.... I taught Kindergarten and 1st grade, I have a stash of chocolate in my desk to keep me going, and I spend way too much time stalking the Target dollar bin. At a Dab of Glue Will Do, we help busy teachers and their little learners by creating awesome classroom resources which … END_OF_DOCUMENT_TOKEN_TO_BE_REPLACED