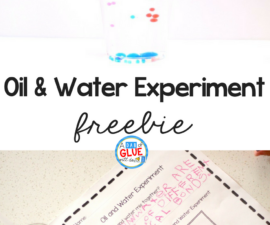 Kids in preschool, kindergarten, and first grade learn simple and fundamental science concepts from performing this oil and water science activity. Learn why oil and water do not mix and thrill the kids by creating gorgeous food coloring fireworks in a jar.

Getting the Oil and Water Experiment Ready

We headed into the kitchen to gather the following supplies:

We filled our clear container about 3/4 full of water. We used a tall vase, but any kind of clear cup, jar, or bowl will work.

The kids added a layer of vegetable oil to the vase. We noted how oil and water don’t mix and how all of the oil floated on top of the water layer.

The kids chose a few colors to add to the oil and water. Carefully, they squeezed one drop at a time into the vase. We dropped about 6 drops of food coloring of various colors into the vase.

Next, we waited. We noticed how the food coloring beaded up into little droplets that hovered in the oil layer, right above the layer of water. The kids kept asking when or if something else was going to happen and I kept telling them to be patient and wait without disturbing the vase.

Within a couple of minutes the waiting paid off. Without any warning, one drop of food coloring suddenly fell into the water layer, leaving a colored trail behind. The kids were so excited!

One by one, each droplet of food coloring burst through the oil layer and mixed into the water. Watching the trail of colors spread and mix was the best part!

The Science Behind Mixing Oil and Water

This is such a simple science experiment, but it teaches big, important concepts!

Food coloring is water-based so it will only dissolve in the water layer. The drops of food coloring bead up in the oil layer and rest between the oil and water until gravity eventually pulls it down into the lower water layer. Once it bursts into the water layer it immediately starts to mix in and spread out. This creates a spectacular fireworks effect!

It’s also easy to observe how oil floats on top of water. Oil is less dense than water, meaning that it will always end up on top, no matter which liquid is added first.

Doing science with this oil and water science activity is a fun and educational way to learn! 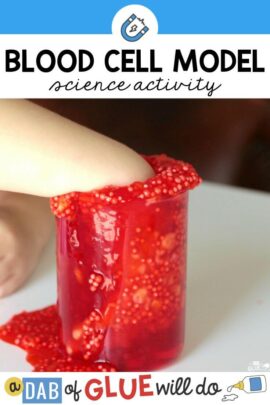 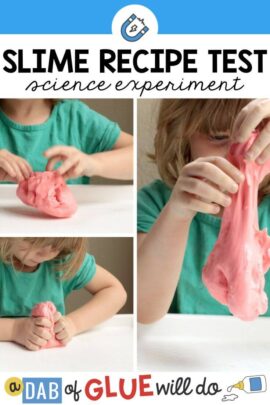 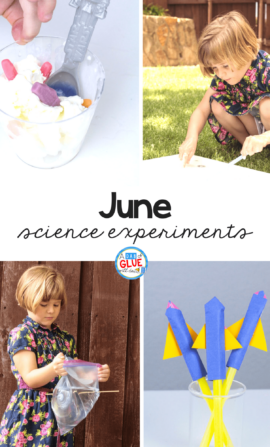 4.6K shares
We use cookies to ensure that we give you the best experience on our website. If you continue to use this site we will assume that you are happy with it.OkNo