Deliver some major wow factor to a lesson about air pressure by making a balloon magically invert itself into a bottle. After the kids see this inverted balloon in a bottle science trick they will think you went to school at Hogwarts!

Getting Ready for Inverted Balloon in a Bottle

For such an impressive activity, the inverted balloon in a bottle experiment is actually very simple to set up. We gathered the following supplies:

The kids poured 1 tablespoon of water into the bottle using a funnel. The amount doesn’t have to be exact. Simple as that, we were ready to begin! 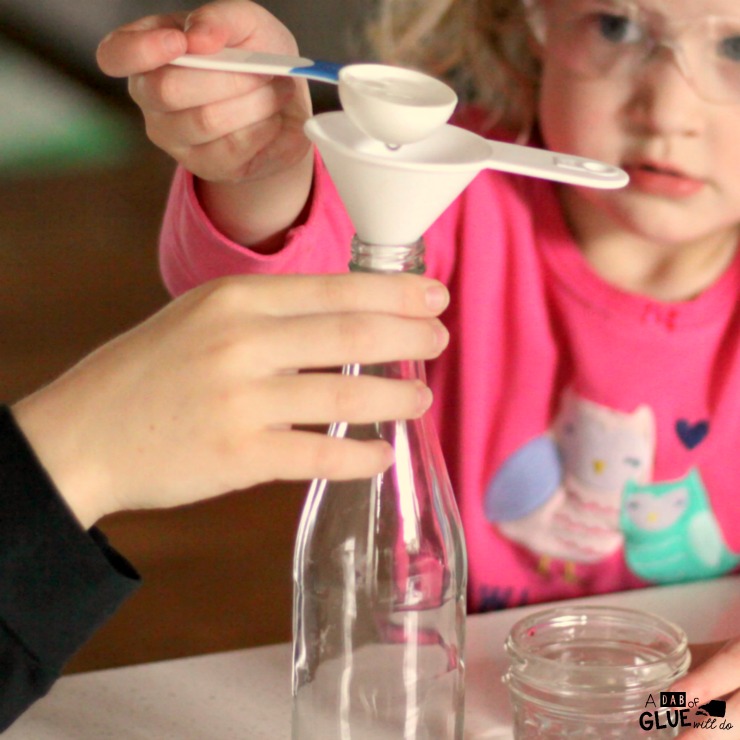 Inverted Balloon in a Bottle

The rest of the experiment moved quite quickly and definitely required adult supervision.

I placed the bottle in the microwave for one minute, long enough for the water to boil. We discovered that the bottle was actually too tall to fit into our microwave standing up, so I rested it diagonally in a glass bowl and it worked perfectly. Another option would be to boil a pot of water on the stove and set the glass bottle inside of it until the water within the glass bottle boils.

The glass bottle was very hot so I was careful to handle it using oven mitts and to warn the kids against touching it.

Once the water in the glass bottle began to boil I removed it from the microwave and placed it on a hot pad on the counter. Quickly and carefully, I stretched the mouth of a balloon over the bottle opening, making sure to center the balloon. Then we sat back to watch and observe.

The first thing the kids observed was steam in the bottle condensing back into water. We could see little water droplets forming on the inside of the glass as the bottle cooled. 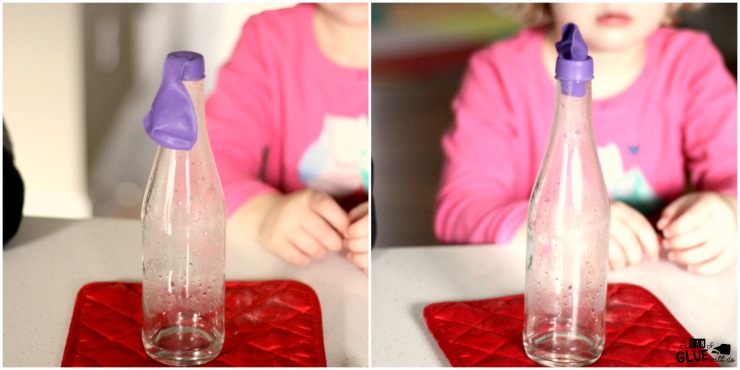 Within 30 seconds we watched as the balloon started moving all on its own. Slowly, the end of the balloon was pulled into the glass bottle, as if by magic. And then POP! The balloon inverted completely into the bottle and continued to expand inside. The kids could not believe their eyes! 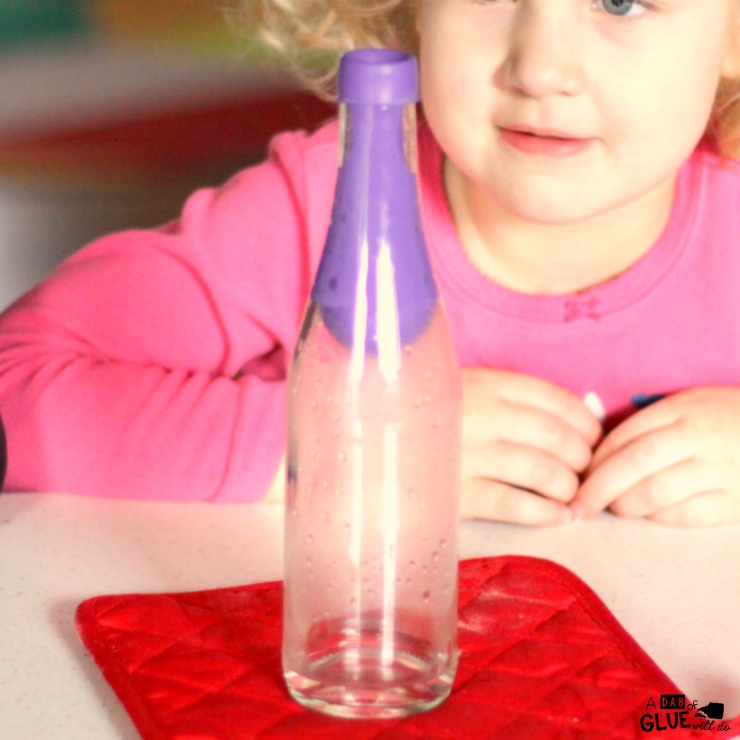 The Science Behind the Inverted Balloon in a Bottle

Water inside the bottle turns into water vapor when it is boiled. This water vapor, or steam, pushes the air out of the bottle.

When it cools, with the balloon stretched over the opening, the water vapor condenses and turns back into liquid water. This creates a difference in pressure between the inside and the outside of the glass bottle. 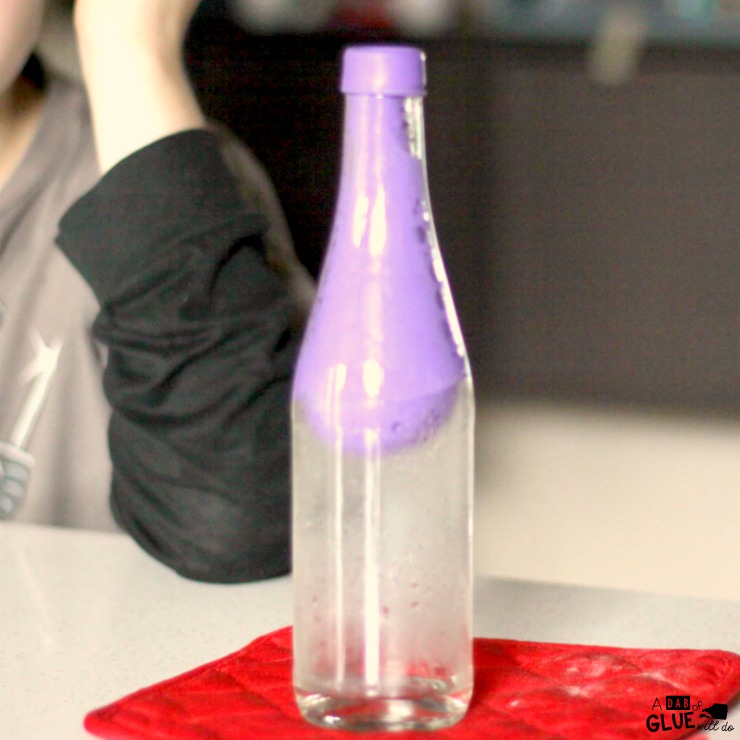 I'm Jennifer.... I taught Kindergarten and 1st grade, I have a stash of chocolate in my desk to keep me going, and I spend way too much time stalking the Target dollar bin. At a Dab of Glue Will Do, we help busy teachers and their little learners by creating awesome classroom resources which … END_OF_DOCUMENT_TOKEN_TO_BE_REPLACED

908shares
We use cookies to ensure that we give you the best experience on our website. If you continue to use this site we will assume that you are happy with it.OkNo